The technology licensed from Synaffix include GlycoConnect™, HydraSpace™, and multiple toxSYN™ linker-payloads, which allow for the drug-to-antibody ratio (DAR) to be tailored to 1, 2 or 4 to optimize the therapeutic index of the ADC.
FUNDING

Ingenza advises the project aims to develop a novel CO2 conversion technology, which will capture industrial CO2 emissions and convert them into formate, a versatile chemical that can be used across various industries, including pharmaceuticals and agriculture.
BIOTECHNOLOGY

MultiOmic Health advises the partnership will provide access to data from patient populations in Asia that have historically been underrepresented in chronic metabolic disease studies.
BIOTECHNOLOGY

BD notes the test uses a single nasal swab or a single nasopharyngeal swab sample to determine if a patient has COVID-19 or the flu or RSV. It helps eliminate the need for multiple tests or doctor visits and can help clinicians to implement the right treatment plan quickly. 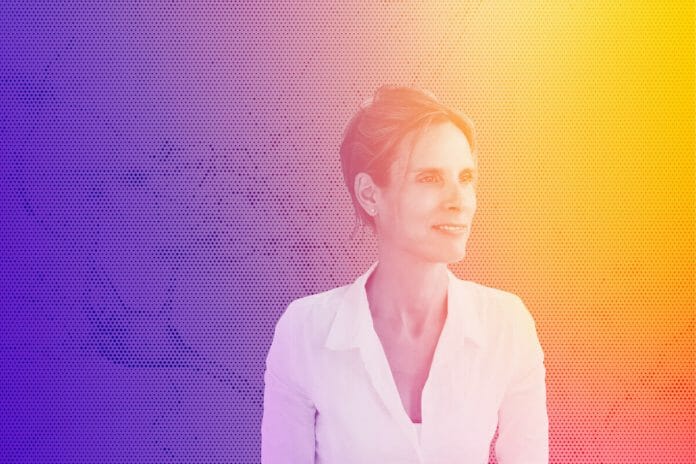 While a bright light has been shined on the national health crisis caused by opioid and hard drug addictions, alcohol continues to fly under the radar as a legal substance that remains the country’s third most preventable cause of death, second only to smoking and obesity, with few effective treatment options. It’s a problem that cries out for solutions.

Consider the facts: Over 57 million Americans report four or more episodes of heavy drinking per month, with an average of seven drinks per episode. According to the National Institute on Alcohol Abuse and Alcoholism), over 14 million US adults and children aged 12 and older suffered from Alcohol Use Disorder — more commonly known as alcoholism, or the inability to reduce alcohol consumption.

It is an ongoing epidemic, responsible for more than 95,000 deaths per year in the US, according to the CDC, and 3 million around the world (WHO). This is more than have ever died annually of opioid overdoses. It is explicitly connected to an increase of sexual and aggravated assault, mood disorders, family conflict, drunk driving and disease such as cancer and organ failure. Alcohol and substance abuse have a higher economic burden than heart disease, diabetes,  depression and other leading health problems.

Moreover, COVID-19 has exacerbated the problem. A study published in JAMA found that personal alcohol consumption increased during the course of the pandemic, and the US reported a 54% increase in alcohol for the week ending March 21, 2020.

It seems incredible that a health emergency of this level is not being sufficiently addressed.

To a certain degree, it slots in with a surprising amount of acceptance by society towards all kinds of problems – whether gun violence, rampant inequality and lack of access to healthcare by millions in the United States, or the inability to solve a century’s conflict with the Palestinians in my native Israel. To a remarkable extent, human beings seem conditioned to accept problems that only worsen slowly, gradually, , as in the parable of the frog growing accustomed to increasingly hot and ultimately boiling water.

In the case of alcoholism, the water is truly boiling.

But acquiescence to such suffering comes from another factor: the blurred lines between drinking and abuse of alcohol.  Many people can both enjoy having a bottle of beer or a glass of wine and do it without causing themselves harm. Few Americans would want to revert to the days of Prohibition, when alcohol was contraband, consuming any of it was risky and illegal, and the industry was controlled by criminal gangs.

But the normality of having a drink should not be used as cover for a tremendous problem.  Allowing and enjoying the former should lead to acquiescence toward the latter.

So is society acquiescing?

At present, only three medications for AUD —disulfiram, naltrexone, and acamprosate—are approved by the FDA, an unusually low level of activity for a condition so damaging. Moreover, these treatments bring with them adverse side effects such as vomiting, mood disorder, and seizures. Medical journals have found that these drugs have “compliance difficulties,” and lack clear evidence of increased abstinence, decreased relapse rates, or reduced cravings.

Then there are the abstinence programs such as 12-Step/Alcoholics Anonymous. These have estimated success-rates of 5%-10%, with 81% of participants dropping the program after their 1st month (Dobes, L., Dobes, Z. 2014).

Even in the pioneering field of psychedelics, fueled by new research and recent popular support for its healing potential, less than 2% of active or completed clinical trials in the sector relate to alcohol issues (21 out of 1302 registered clinical trials. Psychedelics are now understood to offer a range of useful solutions in treatment of mental health issues, including Post-Traumatic Stress Disorder, depression, and more.

I believe there is great potential for biotech and biopharmaceutical companies to apply innovation towards solving this problem. Clearmind Medicine, the company of which I am the CEO, is one biotech company amongst many seeking new solutions to this problem in the admittedly unexpected arena of psychedelics. Clearmind is currently in talks with the FDA on clinical trials for a psychedelic-based pharmaceutical aimed at curbing alcohol addiction and dangerous consumption, and we’re the first company in the psychedelic arena to introduce a completely new compound for FDA-approval.

Our solution is based on a compound called MEAI (5-methoxy- 2-aminoindane), first described in 1998, which creates both an “enough switch;” or sense of complete satiation, even a rejection of  alcohol, while at the same time a controlled, elated social feeling equivalent to having consumed a couple of drinks. In experiments with mice we have found it largely shuts down the desire to consume further.

This type of approach, we believe, is more holistic than efforts to eradicate the impulse to drink. It recognizes the limitations of abstinence-based treatments, which are either likely to fail – or push patients toward new addictions. And we are pursuing it in partnership with academic institutions.

I hope this will open the way for more efforts like this, aimed at solving alcoholism and addictions in general.

Governments all over the world should do more to fund research aimed at addressing the problem. Universities and other science institutions should focus on it. Politicians and thought leaders should push for more awareness. Ordinary citizens should understand that there is no reason to give in, no cause for acquiescence, and a tremendous cost to inaction.

Editor’s Note: Adi Zuloff-Shani PhD is CEO of Clearmind. She is a biomedical researcher and executive with a PhD in human biology and immunology and over 20 years of experience navigating the highly regulated process of taking therapeutics from discovery to commercialization in the US, EU and Israeli markets.