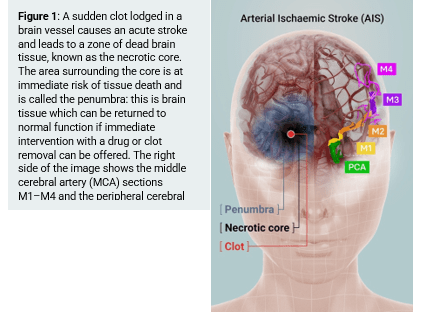 Afamelanotide, by CLINUVEL’s drug, was well tolerated by the first three arterial ischaemic stroke (AIS) patients enrolled in a world first clinical trial (CUV801). The patients experienced acute strokes due to a clot formed in the higher regions of the brain and were treated with frequent afamelanotide doses at a specialist neurological hospital in Australia. None of the patients experienced drug-related adverse events. All patients have been discharged from critical care.

In total, six adult AIS patients are to be evaluated in the CUV801 study. The study focuses on the safety and therapeutic potential of afamelanotide in patients who are ineligible for standard stroke therapy. AIS accounts for approximately 85% of the 15 million strokes suffered worldwide each year, while more than 80% of these patients are ineligible for standard of care treatment.

“The first meaningful learning of this study is that stroke patients with a cardiovascular condition are able to receive afamelanotide without significant adverse reactions,” CLINUVEL’s Head of Clinical Operations, Dr. Pilar Bilbao said. “On the basis of the first three patients, there is a prospect that CLINUVEL will be able to treat many more stroke patients than initially anticipated since one-third of stroke patients globally have underlying heart problems.

“In being the first to use a melanocortin in stroke patients, our team and physicians observe the tolerance to frequent dosing of afamelanotide in patients who suffer a life-threatening condition. We are delighted to report that one patient was rapidly discharged from specialist care, while the other two patients are still early in their recovery and rehabilitation programs,” Dr. Bilbao concluded. 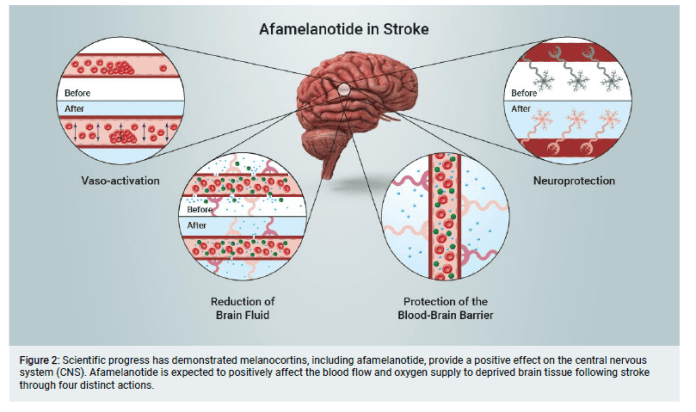