Averting the Next Global Health Threat 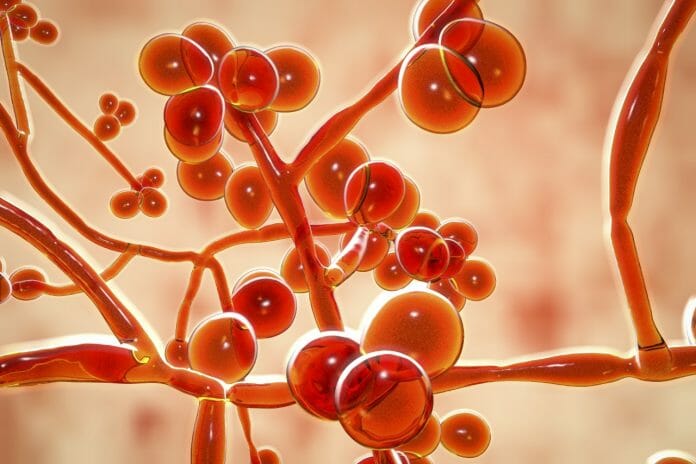 Global Health Threat: While antibiotic-resistant super bacteria make headlines, it’s super fungi that could be the next big danger to human health.

Candida auris is one example, as it is multidrug-resistant and can persist on surfaces, despite disinfection. However, a new antimicrobial additive, Saniconcentrate™ created by Parx Materials, protects surfaces and equipment against Candida auris without biocides, and helps healthcare environments prevent outbreaks.

Since it was first identified in Japan in 2009, cases of Candida auris have emerged across the world almost simultaneously. The super fungus has already been labelled a serious global health threat by national health protection agencies like the United States’ Centers for Disease Control and Prevention (CDC).

It has caused infections of wounds, ears and the bloodstream, and experts are uncertain whether it also causes infections in the lungs or bladder. Because Candida auris often doesn’t respond to anti-fungal drugs, 30 to 60 per cent of patients infected with it will likely die — particularly if their immune systems have been compromised by other risk factors like COVID-19.

Candida auris is made more dangerous by the fact it’s easily misidentified as another Candida strain, unless special tests are carried out in a laboratory. This creates the perfect circumstances for outbreaks in healthcare settings, such as hospitals or nursing homes. There have been several high-profile examples that have led to scores of infections.

Candida auris is spread from person-to-person, or through contact with contaminated surfaces. Examples of the latter include high-touch surfaces like bed rails, windowsills or shared mobile equipment like blood pressure cuffs, axillary thermometers or even nurses’ carts. It can also spread through invasive lines or tubes, like urinary catheters and tracheostomy tubes, which are often the point of entry into the patient’s body.

Not only is Candida auris easy to catch, it is also very hard to kill. Few products on the market have proven able to tackle the super fungus. As such, it lingers in hospital rooms, sinks and drains. In one case, a hospital even had to destroy its ceiling and floor tiles to get rid of a particularly nasty infection.

With so few options available to prevent and contain Candida auris outbreaks, anything that can reduce the proliferation of the fungus is a major breakthrough. Fortunately, the plastic additive Saniconcentrate, created by Parx Materials, has shown an 87 per cent efficacy against Candida auris after 24 hours.

Saniconcentrate adds an extra level of protection when regular practices aren’t enough — like cleaning and disinfection, rigorous handwashing and appropriate care of medical equipment and devices. The reduction in fungus made possible by the plastic additive may be the difference that’s needed to prevent Candida auris from forming a biofilm. Biofilm makes the fungus grow and multiply more quickly, and it becomes almost impossible to eradicate.

With Saniconcentrate, Parx Materials has developed a way to make plastic intrinsically resistant to Candida auris fungi, as well as bacteria and viruses. The additive is homogenously incorporated into plastics to create an immune system inherent to the material that doesn’t fade with time or use. The additive is also biocompatible, safe for use in the human body. Or it can be manufactured into a non-woven textile. Its applications therefore include many of the areas where Candida auris is most likely to spread — including touch surfaces, invasive tubes or articles and personal protective equipment (PPE).

But what makes Saniconcentrate different? Rather than biocides, such as silver or copper, the technology relies on physical forces generated by a trace element that’s found abundantly in the human body: zinc. Because zinc can prevent microbes from adhering to surfaces, Saniconcentrate doesn’t actively kill microbes but, rather, creates an inhospitable environment where they die naturally.

Traditional biocidal antimicrobial materials rely on toxic substances leaching out. Although they kill microbes initially, the microbes can become resistant to the material over time. This makes Saniconcentrate a vital improvement; one that could discourage the rise of super bacteria and fungi, like Candida auris, and avert the next big danger to human health.