Bharatt Chowrira, PureTech’s President and Chief of Business and Strategy, Added to Board of Directors Effective 2/1/21 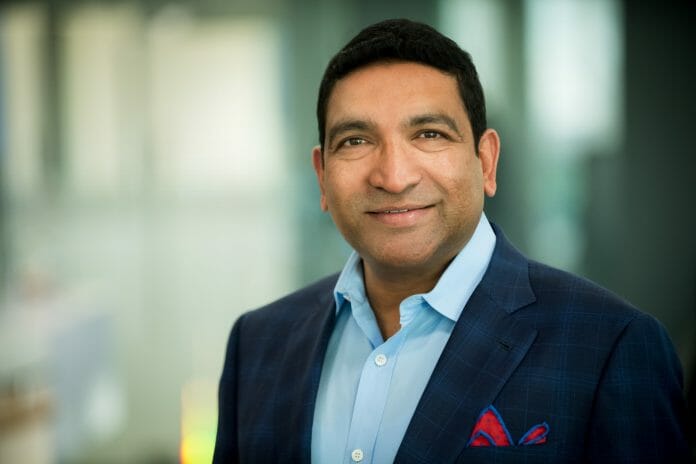 Bharatt Chowrira, MD has served as PureTech’s President and Chief of Business and Strategy since March 2017 and will continue in that role as an executive director of the Company. Dr. Chowrira’s appointment is effective from February 1, 2021.

“Bharatt has made a big impact since joining PureTech in 2017 and he continues to make key contributions as we advance our clinical pipeline toward key value-driving milestones,” said Daphne Zohar, Founder and Chief Executive Officer of PureTech Health, “We are pleased to have him join our board of directors as one of the three representatives of our executive team.”

As the President and Chief of Business and Strategy at PureTech, Dr. Chowrira oversees the Company’s strategy and business development initiatives.

“PureTech is making remarkable progress in the clinic as we pioneer potentially transformational therapies for patients with devastating diseases,” said Dr. Chowrira. “I’m pleased to join the distinguished members of our Board as we aim to fulfill our vision of giving life to science through innovative solutions to serious public health challenges.”

Dr. Chowrira has more than two decades of experience in the biopharma industry, combining a unique blend of R&D, business development, operations, financing and legal expertise. Prior to joining PureTech, Dr. Chowrira was the president of Synlogic, Inc., a biopharmaceutical company focused on developing synthetic microbiome-based therapeutics, from September 2015 to February 2017, where he oversaw and managed corporate and business development, alliance management, financial, human resources, intellectual property and legal operations.

Dr. Chowrira has been involved in the boards of several of PureTech’s Founded Entities. He is currently a member of the Board of Directors of Vedanta Biosciences, Inc., and he was previously on the boards of Vor Biopharma, Inc. and Karuna Therapeutics, Inc. (Nasdaq: KRTX). Dr. Chowrira received a JD from the University of Denver’s Sturm College of Law, a PhD in molecular biology from the University of Vermont College of Medicine, an MS in molecular biology from Illinois State University and a BS in microbiology from the UAS, Bangalore, India.

The company confirms that there is no further information required to be disclosed pursuant to paragraph 9.6.13 of the UK Listing Rules.

PureTech’s Board of Directors include former executives of major pharmaceutical companies, entrepreneurs, and award winning academic and clinical leaders who leverage their expertise to support our mission. Following the appointment of Dr Chowrira, the board of directors is comprised of the following members:

Chris Viehbacher, Board Chairman – Chris Viehbacher has served as a member of PureTech’s Board of Directors since 2015 and as Chairman since September 2019. He is the Managing Partner of Gurnet Point Capital, a Boston based investment fund associated with the Bertarelli family and has a $2 billion capital allocation. He is the former CEO and member of the Board of Directors of Sanofi and was also the Chairman of the Board of Genzyme in Boston.

Bharatt Chowrira, PhD, JD, President, Chief of Business and Strategy and Director – Bharatt Chowrira, PhD, JD, is the President and Chief of Business and Strategy of PureTech, and he has served as a member of PureTech’s Board of Director’s since 2021. Prior to joining PureTech, Dr. Chowrira was the President of Synlogic, Inc. He previously served as the Chief Operating Officer of Auspex Pharmaceuticals Inc., until its acquisition by Teva Pharmaceuticals, and he has held various leadership and management positions across the biopharmaceutical industry.

John LaMattina, PhD, Independent Non-Executive Director – John LaMattina, PhD, has served as a member of PureTech’s Board of Directors since 2009. Dr. LaMattina was previously president of Pfizer Global Research and Development and held positions of increasing responsibility during his 30-year career at Pfizer.

Bob Langer, ScD, Co-Founder and Non-Executive Director – Bob Langer, ScD, is a Co-founder of PureTech and has served as a member of PureTech’s Board of Directors since the Company’s founding. He has served as the David H. Koch Institute Professor at MIT since 2005. He is one of 12 institute professors, which is the highest honor that can be awarded to a faculty member at MIT. Dr. Langer has received over 220 major awards and is the most cited engineer in history.

Stephen M Muniz, Esq., Co-Founder, Chief Operating Officer and Director – Stephen Muniz, Esq., is a Co-founder and the Chief Operating Officer of PureTech, and he has served as a member of PureTech’s Board of Directors since 2015. Prior to joining PureTech, Mr. Muniz was a Partner in the Corporate Department of Locke Lord LLP, where he focused on the representation of life science venture funds as well as their portfolio companies in general corporate matters and in investment and liquidity transactions

Dame Marjorie Scardino, Senior Independent Director – Dame Marjorie Scardino has served as a member of PureTech’s Board of Directors since 2015. She served as Chief Executive of The Economist for 12 years and was the Chief Executive of Pearson plc, the world’s leading education company and the owner of Penguin Books and The Financial Times Group. She served as chairman of The MacArthur Foundation from 2012 to 2017, and later became the Chairman of the London School of Hygiene and Tropical Medicine.

PureTech’s R&D Committee works in close collaboration with the board and PureTech’s network of scientific experts to drive our distinctive R&D model for advancing scientific breakthroughs. The Committee is comprised of board members Bob Langer, ScD, Raju Kucherlapati, PhD, and John LaMattina, PhD, in addition to the following members:

Dennis Ausiello, MD, R&D Committee Member – Dennis Ausiello, MD, is a member of PureTech’s R&D Committee. He is the Jackson Distinguished Professor of Clinical Medicine and was previously Director, Emeritus of the MD/PhD Program at Harvard Medical School. Dr. Ausiello is Chairman of Medicine, Emeritus and Director of the Center for Assessment Technology and Continuous Health (CATCH) at Massachusetts General Hospital (MGH). Dr. Ausiello served on the Board of Directors of Pfizer Pharmaceuticals, where he was their former Lead Director.

Bennett Shapiro, MD, Co-founder and R&D Committee Member – Ben Shapiro, MD, is a Co-founder and member of PureTech’s R&D Committee. As former Executive Vice President at Merck Research Laboratories of Merck & Co., Dr. Shapiro initially led Worldwide Basic Research and was responsible for all the basic and preclinical research activities at Merck. He later led Worldwide Licensing and External Research and was responsible for Merck’s relationships with the academic and industrial biomedical research community. His leadership resulted in the disco