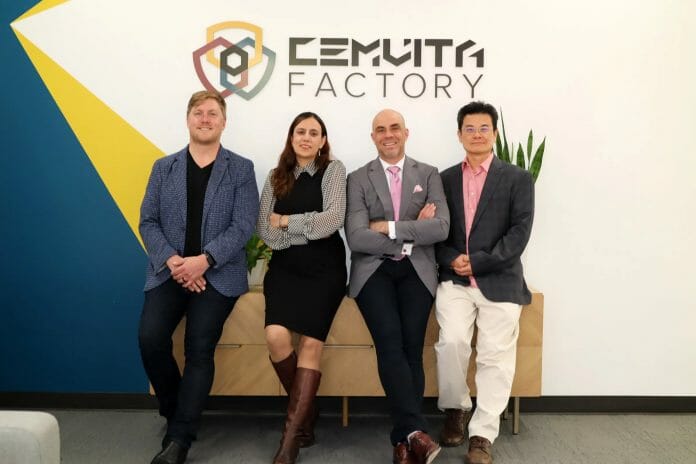 Cemvita Factory (“Cemvita”), the leading provider of low-carbon biotech and synthetic biology solutions for the energy and mining industries, has announced the addition of Charles Nelson as Chief Business Officer, the promotion of Roger A. Harris to Chief Commercial Officer, and the recruitment of Alex Juminaga as Head of Strain Development, while also doubling the size of its Houston laboratory––moves to further the company’s plans for rapid scaling and commercialization.

Cemvita Factory advises a longtime leader in the field of carbon utilization with 10+ years in product development, engineering, and technology commercialization, Charles Nelson will oversee all aspects of sales, business development, and customer success. Roger A. Harris joined Cemvita as VP of Technology Commercialization in April of 2021 with 20+ years in research and development, and engineering. In his new role as Chief Commercial Officer, Harris is responsible for scaling and commercializing Cemvita’s technology.

“Scaling to meet market demand requires the right team at the right time,” says Tara Karimi, co-founder and CTO of Cemvita Factory. “With Charlie, Roger, and Alex’s leadership, we’re well-positioned for growth at a time when the demand for decarbonization solutions is greater than ever.”

“At Cemvita, we create sustainable solutions to challenges across heavy industries,” says Nelson. “Our goal is to reinvent heavy industries in ways that speak to the future, reduce companies’ carbon footprints, and even create jobs; I’m delighted to help lead the charge.”

“Cemvita is positioned incredibly well to support heavy industry in efforts to innovate, and to help oil and gas diversify offerings and reduce dependency on carbon-intensive products,” says Harris. “It is an exciting time and I’m thrilled to be with Cemvita.”

“The field of synthetic biology is just getting started, with thousands of microbes yet to be discovered,” says Juminaga. “I’m excited to work alongside the brilliant scientists at Cemvita as we uncover new microbiomes and new uses for these tiny treasures.”

With the expansion of its facilities, Cemvita has more space for research and development, enabling it to scale, adding more microbes to its current library and improving efficiency. “A complex problem like climate change cannot depend on one singular solution,” says Moji Karimi, co-founder and CEO of Cemvita. “Our platform is enabling our clients to decarbonize while creating new revenue streams, and we’re just getting started.”

To build on its current momentum, Cemvita Factory has expanded its talent pool throughout the past quarter and plans on closing a large Series B funding round this fall to finance its next phase of growth.