The study will evaluate the effectiveness of Nantheia™ ATL5, an investigational drug-using cannabidiol in ANANDA’s proprietary delivery technology. An investigational new drug (IND) application for the trial has been approved by the FDA.
BIOTECHNOLOGY

BRIM Biotechnolgy notes the new partnership builds on the success of our previous collaboration for Phase 2 trials and will help to speed the progression of BRM421 through late-stage clinical development toward regulatory filing.
BIOTECHNOLOGY

TOGETHER trial has enrolled over 6000 patients in 22 research sites in Brazil.  It is now expanding to Pakistan and South Africa, Rwanda, DRC, and Vietnam. 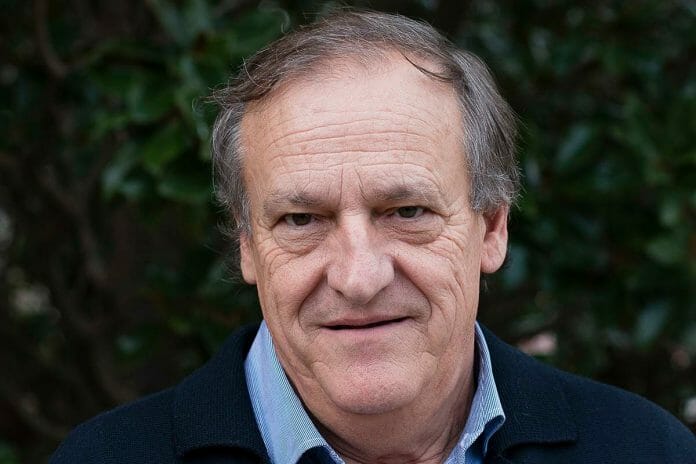 Several human viruses, such as hepatitis A virus, rotavirus, adenovirus, norovirus, and hepatitis E virus, are known to be transmitted via the fecal-oral route and hence through the water.

Why the booming interest in coliphages?

Culture methods to detect the viruses mentioned in the previous paragraphs are slow, complex and, even nowadays, non-feasible for many of them. Then, need of viral indicator became evident at the late 1960s. Searching for viral indicators, either some human viruses, or enteric bacteria bacteriophages, mainly coliphages, began in the 1970s.

The value as viral indicators of enteroviruses, human enteric viruses that are easily cultured in the laboratory, was explored. However, detection of enteroviruses is slow, expensive, and hardly feasible in routine laboratories.

At the end of the last century, the emergence of molecular techniques based on nucleic acid amplification, such as PCR, led experts to believe that they would allow the detection of all viruses in water matrices and would therefore be of paramount importance in water management.

However, PCR, which has been extremely useful in providing a great deal of crucial information in water virology, does not distinguish infectious from non-infectious viral particles and is therefore not useful for monitoring virological water quality, nor for assessing the performance of water treatment processes or for quantitative microbial risk assessment.

Detection of coliphages is feasible in routine laboratories. Since the 1970s, both improved detection methods and information on the presence of coliphages in different aquatic matrices, their resistance to treatment, and their persistence in the environment have increased dramatically.

Coliphages mimic the behavior of human viruses much better than traditional bacterial indicators and are detected in water matrices of interest to the water industry and public health authorities. As a result, it is now widely accepted by experts, health authorities, regulators, and the water industry that they have great potential to predict the presence of viruses in water and validate and further verify water treatment processes and facilities.

Consequently, guidelines and regulations based on coliphages, especially somatic coliphages, have been growing slowly but steadily, and the present, twenty-seven from countries worldwide have now been identified.

In addition, several projections for the coming years point to the urgent need to strengthen sanitation and water quality monitoring at all levels. Indeed, the concentration of population in large urban agglomerations, climate change, aging of existing infrastructures, and emerging pathogens will increase the complexity of water management and thus the need for tools to improve water quality monitoring. To achieve this goal, coliphages could play an important role.

Traditionally, phages are counted by quantitative plaque assays, which provide results in plaque-forming units (PFU). The presence of phages in a given volume of sample can also be determined by a simple qualitative presence/absence assay. This can be adapted to an MPN (Most Probable Number) method for quantification.

Samples with low coliphage content may require a concentration step. Viable methods, recommended by ISO and US-EPA, based on adsorption-elution from 0.22 or 0.45 µm membrane filters or ultrafiltration for 100 mL or 1.0-liter volumes, depending on the turbidity of the water sample, are available.

However, despite the availability of feasible standardized procedures, spurious results on phage numbers in some water matrices are still reported. It can be anticipated that some laboratory staff training is needed and that quality controls in some laboratories are not good enough. Thus, the need for commercial kits for immediate use seems evident.

Developments in fast methods and easy to use kits

In addition, a shortcoming of current methods is that they take 24 hours, and many aspects of water management would welcome a rapid method that provides results within one working day.

The need for rapid methods provided in user-friendly kits for coliphage detection has stimulated scientists and companies’ research and development in this field. Published information on the activity of private companies allows the identification of a number of approaches.

Some of them are aimed at facilitating laboratory operations. For example, the EasyPhage and QuantyPhage kits incorporate ready-to-use plates with non-agar carriers, such as pectin, cellulose materials, and gelatin, to perform the plate assay and contain prepared components including host cells for assay performance. The best-reported detection limit for both methods is 1.0 PFU per 10 mL, and they provide results after 12-16 hours, EasyPhage, and within one working day, QuantyPhage.

Another approach is based on detecting the activity of enzymes released into the liquid medium by cell lysis caused by bacteriophages. They are easily applicable to a 100 mL presence-absence format, which can be adapted to a Most Probable Number layout for quantification. The detection limit is 1PFU per 100 mL. They can also be applied to 1 L samples, although results have not been reported so far. The method uses suitable host strains to detect somatic and F-specific coliphages.

The methods described so far provide results within one working day. Fast Phage is based on the detection of β-galactosidase released by cleavage of an enzyme-substrate giving rise to a fluorescent compound, which is revealed under 366 nm UV light. It requires two successive enrichments, as when the coliphage concentration is low, the control host cell culture gives a positive reading in the controls and thus false positives. Results are obtained within one working day.

The Bluephage approach is based on the detection of β-glucuronidase in hosts in which the genes coding for glucuronic acid transport within the cells have been deleted, and the β-glucuronidase enzyme is overexpressed. These genetic modifications increase the sensitivity and speed of testing as compared to the method based in β-galactosidase. The enzyme released by phage lysis is detected by a chromogen that changes from yellow to blue after cleavage. Bluephage S.L. is developing user-friendly kits for the presence-absence and quantitative analysis of somatic and F-specific coliphages simultaneously, and they provide results after 6 hours.

The use of electronic sensors is envisaged. However, those described so far that detect infectious coliphages have a detection limit, 100 PFU per mL at best, and at the moment require very sophisticated equipment and are often difficult to perform.

Past, Present and Future of Coliphages, a webinar organized by Bluephage S.L.

Bluephage S.L., a Barcelona-based spin-off company aimed at producing kits, reference materials, and easy-to-use reagents for the rapid and friendly detection and enumeration of bacteriophages, organized a Webinar entitled Past, Present, and Future of Coliphages, held on 21 April. Professors Charles Gerba (University of Arizona), Mark Sobsey (University of North Carolina), and I were the panelists, all with over forty years of experience in the field.

There was consensus among the panelists on the value of coliphages as viral indicators during the conversation. Future applications, users, and needed methodological improvements and laboratory practices were also identified.

The applications identified were water, biosolids, and food quality monitoring and evaluation of treatment processes. These monitoring needs include drinking waters, bathing waters, reclaimed waters for different uses, shellfish growing waters, and purified waters released in sensitive aquatic environments, such as bathing and shellfish growing areas, and biosolids dispersed in the environment and shellfish. Validation and verification of treatment processes, including those related to drinking water supply, water reclamation, sludge treatments, and shellfish purification. For many of these applications, obtaining results during the working day is an added value of great interest.

Identified users are water agencies, water management companies, local authorities, and even individuals to assess the quality of water in their own wells or private household supplies.

In terms of laboratory methods and practices, the following needs were recognized: Rapid qualitative and quantitative methods available in the form of commercial kits supplied so that the selling company guarantees quality control. Such kits will have added value if they can be applied directly to 100 mL of sample, and possibly, for some uses, at least to analyze the presence in 1 L. For laboratories using currently standardized methods, and carrying out their own quality control, the availability of reference materials, such as coliphage suspensions, will be highly desirable. In addition, since most laboratories currently have little experience with bacteriophages, teaching sessions and inter-laboratory studies seem highly desirable, at least in the immediate future.

Editor’s Note:  Dr. Juan Jofre, PhD, professor emeritus in the Department of Genetics, Microbiology and Statistics, Microbiology section, at the University of Barcelona. He is an expert on the study of the presence and persistence of pathogenic microorganisms of fecal-oral route transmissions and their indicators in water, and member of the Research Group Water Microbiology related to Health (Microbiologia d’Aigües Relacionada amb la Salut, MARS) at the University of Barcelona. He acted as chair of the Health-Related Water Microbiology Group -IWA (2000 – 2004). He chaired the ISO Working Group WG11 (Bacteriophages), Subcommittee of Microbiology (SC4) and Technical Committee “Water” (SC4) of the International Standardization Organization (ISO), that settled the standard ISO methods for the detection of bacteriophages in waters (1996-2001).

This website uses cookies to improve your experience while you navigate through the website. Out of these, the cookies that are categorized as necessary are stored on your browser as they are essential for the working of basic functionalities of the website. We also use third-party cookies that help us analyze and understand how you use this website. These cookies will be stored in your browser only with your consent. You also have the option to opt-out of these cookies. But opting out of some of these cookies may affect your browsing experience.
Necessary Always Enabled
Necessary cookies are absolutely essential for the website to function properly. This category only includes cookies that ensures basic functionalities and security features of the website. These cookies do not store any personal information.
Non-necessary
Any cookies that may not be particularly necessary for the website to function and is used specifically to collect user personal data via analytics, ads, other embedded contents are termed as non-necessary cookies. It is mandatory to procure user consent prior to running these cookies on your website.
SAVE & ACCEPT