Ceapro Inc. Announces Publication of Positive Results for PGX-Processed Alginates Impregnated with CoQ10 in The Journal of Supercritical Fluids

“We are excited to further advance the development of GDA-201, a NAM-enabled natural killer (NK) cell therapy candidate which we believe has the potential to be a new readily available, cryopreserved treatment option for cancer patients with relapsed/refractory lymphoma,” said Ronit Simantov, M.D., chief medical and scientific officer of Gamida Cell.
BIOTECHNOLOGY 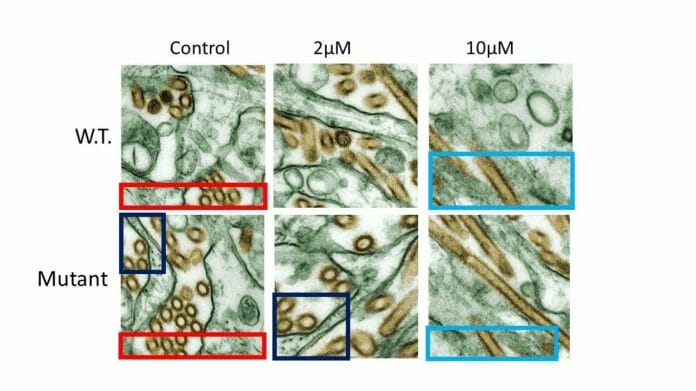 Research by Somipam R Shimray[1] suggests that some of the most common reasons for publication retraction are concerns or issues about data and duplication, among others, which could easily be caused by inaccurate or manipulated images.

With each image added to a paper, comes the risk of retractions, reputational damage and costs, so protecting against image manipulation and duplication is key. Here Dr. Dror Kolodkin-Gal Ph.D., founder of automated image integrity detection software expert Proofiger Ltd, explains why researchers should focus on image integrity in a similar way to plagiarism checks to help streamline the publication process and protect their reputation.

While the scientific research community is aware that there can be issues with image manipulation and duplication, few researchers understand how frequently these issues can occur. If researchers have published multiple papers with multiple images, it is likely that some of is published papers, contains some form of image issues.

Image integrity issues can go unnoticed because it is difficult to manually review all the images in an article. The consequences of not detecting these issues, however, can be severely detrimental to a researcher’s reputation.

When conducting new research, for example, many researchers will write a grant request to gain funding for the project. If the grant authority finds an image manipulation that the researcher failed to detect before submission, it is likely that the request will be denied and the researcher will struggle to access funding elsewhere, halting the research.

Similarly, if a researcher does gain funding and conduct research, but submits for publication without detecting mistakes, they risk rejection. Publishers do not have to disclose the reason for rejection, so researchers will know that it’ll become more difficult to publish in the future but won’t know how to improve the likelihood of publication.

When reviewing research articles, publishers will also check images manually. The lack of accuracy means that some papers might be published with image manipulations and duplications, which may cause costly issues in the future in two ways. Firstly, other researchers may want to base their research on an existing paper — if the original paper contains inaccurate data, any data in new research will also be incorrect, wasting funding. Similarly, any researchers basing their experimental procedures on an existing paper that contains errors will struggle to replicate the results in the original and not know why, leading to more wasted time, materials and funding.

Alternatively, if someone detects an issue post-publication and reports it in web blogs, the publisher must open an investigation to determine if the allegation is true and if so, how the issue occurred. Investigations can take up to two years, putting pressure on the researcher and significantly reducing their chances of winning funding, conducting research or publishing elsewhere, meaning that no matter the outcome of the investigation, researchers must work hard to rebuild their reputation.

There are many forms of image integrity issues. Image duplication refers to reusing the same image in different parts of the paper without outlining it. The image may be used the same way twice, or may have been altered, for example by changing the rotations, size or scale. The image may have also been flipped or cropped during duplication, or researchers may use two parts of the same image but they overlap.

The integrity of the image source may also come into question. For example, as well as duplicating the image in the same article, researchers might, intentionally or unintentionally, self-plagiarise and use an image from an older piece of research. This can happen when a large paper is split into two smaller publications.

Usually, it is not the intention of the researcher to include images with these issues and it was simply an innocent mistake. Researchers may conduct research over many years, collecting hundreds to thousands of images of specimens. Research can also be collaborative, with scientists from different universities working on the same project with a corresponding author. If these images are not properly managed, it might be difficult to distinguish between them and errors can occur.

Researchers should not leave image integrity to chance. Checking images manually is time consuming and inaccurate, and missing any issues before publication can result in costly investigations and reputational damage. Additionally, submitting an article to be published by a renowned scientific journal can cost thousands of dollars, so instead of leaving image integrity to chance, researchers can now access technologies that enable them to proactively check images.

Proofig automated image proofing software uses artificial intelligence (AI) to automatically scan every image in a research paper and detect the images that appear to be duplicated or manipulated, checking an entire paper in one to two minutes. Each image is checked against itself and against the rest of the images, to detect any anomalies that researchers should amend before publication.

With data issues and duplication being some of the main reasons for retraction, integrating image proofing technology allows researchers to check images as quickly and efficiently as they currently check for grammar and plagiarism before submitting a paper. Detecting and resolving any image manipulations and duplications before sending to publishers reduces the risk of papers printing mistakes, ensuring the integrity of research, reducing the likelihood of costly retractions and building the reputation of the researcher.

If you’re interested in improving how you review image integrity for your next research paper, find out more about Proofig software here.