Interview with Dr. Kimberley Evans On the Early Detection of Alzheimer’s Disease & Other Cognitive Impairments

This Clearwater, Fl Physician Is Among the Country's First to Deploy Pioneering AI Test for Early Dementia Detection 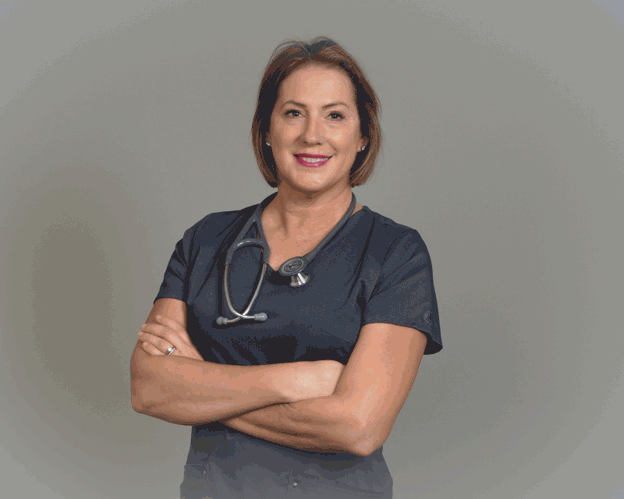 Medical Device News Magazine had the pleasure of speaking with Dr. Kimberly Evans, a Clearwater, FL-based geriatric physician. Dr. Kimberley Evans is one of the country’s first doctors to deploy a revolutionary AI-powered test able to detect the very earliest signs of dementia, Alzheimer’s disease, and a host of other cognitive impairments. In addition, we asked the experts inside Cognetivity Neurosciences to join in our discussion.

Medical Device News Magazine: Our readers would like to know more about your professional background.  Let’s start off by asking how and why you became interested in the field of geriatric medicine? Were you inspired by a mentor?

Dr. Kimberley Evans: My interest in Geriatric medicine began in my home state of FL. I attended Medical School at the University of FL and completed residency and fellowship training in Internal Medicine/Geriatric Medicine at Emory University in Atlanta, GA. After completing my training, I returned to my home state of FL in 2002. After 12 years in a group practice that focused on general Internal Medicine, I made the leap into sole practitionership and focused on Geriatric Medicine.

There are relatively few Geriatric Medicine physicians in our community so I have been fortunate to see some very challenging geriatric cases. Quite often, a loved one who lives out of state and is worried about a parent here in FL will search online for a Geriatric Medicine physician and find me. In this way, I get connected with older individuals usually in their 80s and 90s who have a multitude of problems and a great need for a physician who can guide them through the later years of life. I have greatly enjoyed this type of work as I have great compassion for the “very old.”

At the same time that I care for the “very old,” I also care for the “newly old.” These are patients who have entered into their early 70s and are wondering what to expect as they age into their 80s and 90s. I have developed a passion for helping the “newly old” as I have seen the difficulties in caring for the very old. I know that investing in the health and wellness of the “newly old” will minimize the illness and suffering that I see all too often in the very old. This is where my passion is.

Medical Device News Magazine: What percentage of your patient population get to see you in the early stages of their disease?

Dr. Kimberley Evans: This is a great question! At least half of all people who reach 85 years of age have developed a significant decline in cognitive function. For the patient who comes to my practice at a young age, let’s say 65 years of age, AND he/she happens to be the “one out of two” who will develop a significant decline in cognitive health by age 85, then theoretically, I see every patient at the early stage of dementia. The challenge is identifying cognitive decline at an early age, like age 65 or 70 years of age, well before the decline results in significant impairment in functioning and a diagnosis of dementia.

Medical Device News Magazine: There has been lots of buzz around Cognetivity Neurosciences recent news regarding their revolutionary AI-powered test to detect early signs of these conditions, and how it can help extend the lives of patients with diseases of the brain. Please elaborate.

CognICA is delivered as a software-as-a-service (“SaaS”) solution that is built for rapid and effective deployment across healthcare systems. Powered by artificial intelligence and Cognetivity’s proprietary assessment technology, CognICA combines high usability with sensitivity to detect early-stage cognitive impairment. CognICA is hugely scalable and can be rolled out across large populations, making it an ideal tool for population health management.

Medical Device News Magazine: What can you tell us about the research team behind the device along with the engineering and science of this technology including how it works, the number of patients included in the research and what the data uncovered? How did your patients and their families respond to the testing?

Dr. Kimberley Evans: Overall, the CognICA testing has been very well received by my patients. For several months before I had access to CognICA, I kept a running list of people who voiced an interest in this new type of testing. Based on this list as well as recent routine patient visits, I have administered the test nearly 30 times in the past month. Some patients were eager, some were apprehensive and worried about how they would perform. All patients, except one, who completed testing have signed up for follow up testing. A few patients declined testing. What patients like most about the testing is knowing that they can come back for follow up testing and gain valuable information regarding their cognitive health. Patients who scored “normal” on the standard pen and paper test but have subtle deficits on the CognICA test are motivated to find ways to improve their cognitive health.

Medical Device News Magazine: How will this data be used?

Dr. Seyed-Mahdi Khaligh-Razavi, Cognetivity Neurosciences:  A team of neuroscientists, clinicians, engineers, and data scientists have worked together over the past few years to develop CognICA, validate it and roll it out. There are thousands of data points collected over time and is growing every week; we use anonymised data to further expand the generalizability of CognICA and maintain its high accuracy across diverse populations.

Dr.Seyed-Mahdi Khaligh-Razavi: Yes we keep our innovation spirit alive and push hard to thrive. We are already planning for our next generation products where we see a gap in current brain health practices and patient needs in the next 5 years; as such relevant research and clinical trials are being designed and conducted to test and validate new ideas that will further expand our offering and services we provide to patients and clinicians.

Dr. Kimberley Evans: As with any young company poised for rapid growth it can be strategically prudent to raise capital, in the form of equity or debt, in order to add the most value for shareholders, and management and the board discuss this on an ongoing basis. Having said that, nothing has been announced at this time and Cognetivity continues grow commercially rapidly in a number of markets.

Medical Device News Magazine: Your final comments regarding awareness. Are we doing enough to treat patients with brain disease?

Dr. Tom Saywer, Cognetivity’s CFO, and Dr.Seyed-Mahdi Khaligh-Razavi: The current practices in brain health are far from ideal, there are many gaps and unmet needs in patient pathways from screening to diagnosis and treatment of brain disorders. And even before all of that, there is a lot more we can do to prevent such disorders. Adopting new technology towards such services in healthcare can significantly speed up the process and help make such solutions scalable and accessible to larger populations that would not only improve clinical outcome but also save significant costs in healthcare expenditures.