Philip A Okala Joins City of Hope as System President 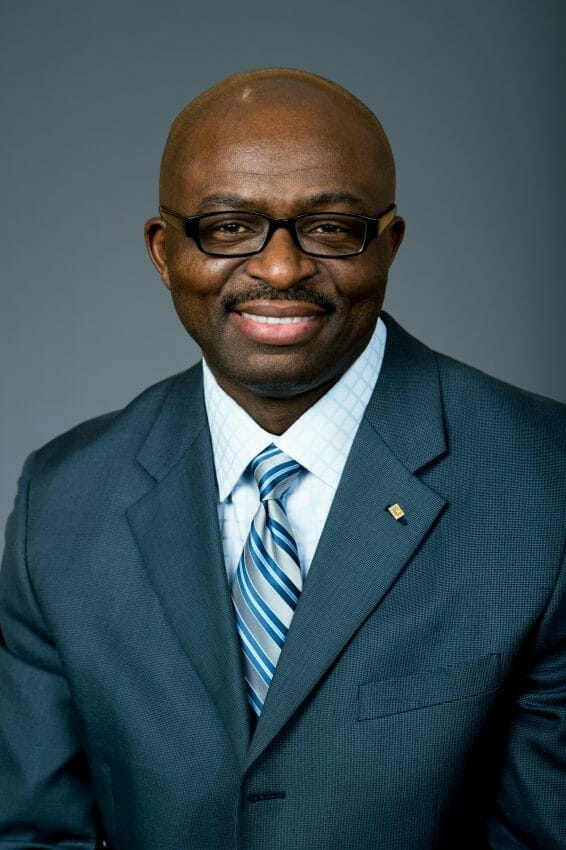 Philip Okala, chief operating officer at the University of Pennsylvania Health System, will join the organization as system president. In his role, Okala will be responsible for City of Hope’s portfolio of clinical care and research entities, which include City of Hope Los Angeles, City of Hope Orange County, Translational Genomics Research Institute (TGen), Beckman Research Institute of City of Hope and the recently acquired Cancer Treatment Centers of America. City of Hope, is one of the largest cancer research and treatment organizations in the United States.

He will also have executive oversight of City of Hope’s medical foundation and clinical and research operations. Okala will report to Robert Stone, City of Hope’s chief executive officer, and join the organization in September of this year.

Philip A Okala joins City of Hope after serving for the past five years as chief operating officer at the University of Pennsylvania Health System, which represents six acute care hospitals/health systems and the expansive Penn Medicine at Home enterprise, in addition to more than 43,000 employees, 8,900 credentialed physicians on staff across the system and approximately $9 billion in annual revenue. In his role, Okala had executive oversight of the health system’s hospitals, clinical service line operations, corporate emergency management and overall system integration. Prior to this role, Okala served for five years as senior vice president for business development at Penn Medicine, overseeing strategy and business development initiatives. He has previously held leadership roles at the Geisinger Health System, Roswell Park Cancer Institute, MD Anderson Cancer Center and the Michael E. DeBakey VA Medical Center.

“As we set the stage for City of Hope’s next 100 years of service to cancer patients and their families, I could not imagine a better leader to accelerate our mission than Phil Okala,” said Robert Stone, the Helen and Morgan Chu Chief Executive Officer Distinguished Chair. “Phil has an extraordinary set of leadership skills and experience, managing operations and executive teams across a complex health system and research organization. His expertise will be immensely valuable as we further our goal to democratize cancer care and create a system that develops the next generation of research discoveries, treatment and care and makes them accessible to more patients, families and communities across the country.”

Today’s leadership announcement is the latest milestone in City of Hope’s transformation into a national cancer research and treatment system. In recent years, City of Hope has grown substantially with the expansion of its clinical network in Southern California, addition of genomics leader TGen, launch of its employer cancer care benefits offering AccessHopeTM, the acquisition of Cancer Treatment Centers of America and a new cancer center in Orange County, California, scheduled to open in 2022.

“City of Hope’s vision to make cancer care more accessible to more people across the country is part of what really attracted me and got me excited about the opportunity,” said Okala, incoming City of Hope system president. “When you talk to people who work at City of Hope or walk through the campus, you feel the culture, values and absolute commitment to the patient that comes through in each and everything they do. It’s a special place, and the system we’re building will allow even more people to experience the unique power and talent this organization has to offer patients in their moments of need.”

City of Hope’s system of provider and research entities serves approximately 115,000 patients each year, with more than 11,000 team members, 575 physicians and more than 1,000 scientists and researchers across a network of locations in California, Arizona, Illinois and Georgia.