Scholar Rock Announces Issuance of U.S. Patent Protecting Add-On or Combination Therapy with a Myostatin Inhibitor for the Treatment of Spinal Muscular Atrophy 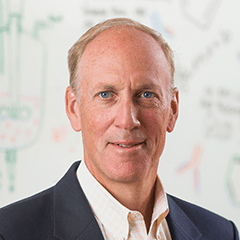 Scholar Rock is a clinical-stage biopharmaceutical company focused on the treatment of serious diseases in which protein growth factors play a fundamental role.

Today the company announced that the United States Patent Office (USPTO) issued U.S. Patent No. 10,946,036 with an expiry of June 2037. The claims of the patent broadly cover both add-on and combination therapy with a myostatin inhibitor and a neuronal corrector therapy (such as SMN upregulator therapy) for the treatment of Spinal Muscular Atrophy (SMA).

“We are delighted to have been granted this unique patent that further protects our myostatin approach to improving motor function for patients with SMA and we look forward to the top-line read-out from the apitegromab TOPAZ Phase 2 trial next quarter, which will provide additional insights on its potential to help patients with Type 2 and Type 3 SMA,” said Tony Kingsley, President and CEO of Scholar Rock. “In parallel with preclinical and clinical advancements, we will continue to build and strengthen our family of patents protecting our product candidates and our scientific platform.”

The broad claims of this therapeutic method patent are not limited to apitegromab or to add-on or combination treatment with any specific SMN upregulator therapy. Similar claims have also been granted in Japan (JP Patent No. 6823167) and in Europe (EP 3368069B1).

Spinal muscular atrophy (SMA) is a rare, and often fatal, genetic disorder that typically manifests in young children. An estimated 30,000 to 35,000 patients are afflicted with SMA in the United States and Europe. It is characterized by the loss of motor neurons, atrophy of the voluntary muscles of the limbs and trunk and progressive muscle weakness. The underlying pathology of SMA is caused by insufficient production of the SMN (survival of motor neuron) protein, essential for the survival of motor neurons, and is encoded by two genes, SMN1 and SMN2. While there has been progress in the development of therapeutics that address the underlying SMA genetic defect, there continues to be a high unmet need for therapeutics that directly address muscle atrophy.