Israeli startup Salignostics, which developed the SaliStick test kit, received the CE mark from the European authorities, has established a manufacturing facility in Israel, and is working to receive FDA approval in the US

Venetoclax is a BCL-2 inhibitor approved by the U.S. Food and Drug Administration (FDA) for treatment of several hematologic cancers, including in combination with azacytidine for elderly patients with AML unable to tolerate the standard of care.
FUNDING

The proceeds from the private placement will be used by Acer Therapeutics for working capital and general corporate purposes and, together with Acer’s existing cash and cash equivalents, are expected to be sufficient to fund the Company’s anticipated operating and capital requirements through the fourth quarter of 2022.
BIOTECHNOLOGY

Dr. Andrea Pfeifer, CEO of AC Immune SA, commented: “The selection of ACI-35.030 for further development is a significant step for this collaboration. Early clinical testing showed that ACI-35.030 was generally well tolerated and induced specific activity against the pathological species of Tau, including the neurotoxic pTau and enriched paired helical filaments (ePHF) species, both of which are closely implicated in Alzheimer’s disease (AD).
Clinical Trial and Studies

The planned clinical trial is to evaluate TransCode’s lead therapeutic candidate, TTX-MC138, in cancer patients with advanced solid tumors. ​TTX-MC138 is designed to inhibit the pro-metastatic RNA, microRNA-10b, described as the master regulator of metastasis in a number of advanced solid tumors. TransCode Therapeutics believes that TTX-MC138 could be used as a treatment for many of these cancers. 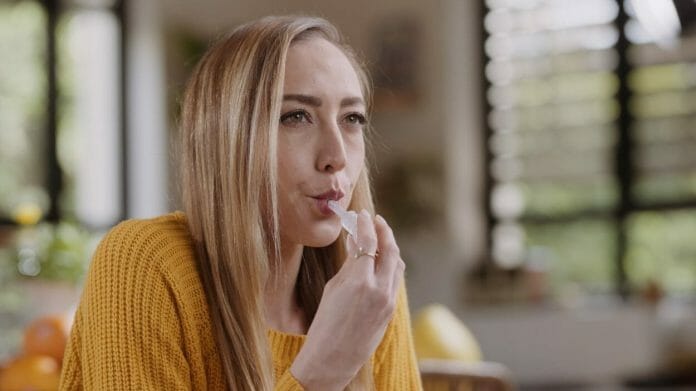 Israeli startup Salignostics, the developer and provider of rapid saliva-based tests, is set to mass market SaliStick – the world’s first rapid saliva-based pregnancy test kit. Starting in the first quarter of 2023, SaliStick is expected to be available for purchase in several European countries, as well as South Africa, United Arab Emirates, and Israel. Salignostics is currently conducting discussions with various distributors in these territories.

The kit has already been approved by the European CE certification and has received Medical Devices and Accessories approval from Israel’s Ministry of Health. Salignostics has completed a 510(K) initial Q-submission of SaliStick to the FDA in the US. To support the commercialization of SaliStick, the company has established a new manufacturing facility in the Lavon Industrial Zone in Northern Israel with a monthly production capacity of 1 million units.

SaliStick™ is the world’s only pregnancy home test that detects early pregnancy by saliva sampling instead of the known urine tests.  With SaliStick, the test can be done anywhere and at any convenient time, with no need for a restroom. The test is very simple, easy to use, and delivers accurate results in no more than 10 minutes. According to the company’s

Analysis, SaliStick is set to win significant market share due to its unique and innovative user experience. SaliStick will be presented at the Medica 2022 Trade Fair in Düsseldorf, Germany, which will take place between November 14th and November 17th. Salignostics’ booth will be located in Hall 1 / A18.

Jerusalem-based Salignostics was founded in 2016 by a team of researchers at the Hebrew University of Jerusalem, who have many years of experience in cracking the secrets of saliva:Professor Aaron Palmon, Vice President for R&D at the Hebrew University; Dr. Omer Deutsch, who serves as CEO; Dr. Guy Krief, who serves as Deputy CEO and Director of Business Development; Dr. Raluca Cohen, who serves as Chief Scientific Officer; and Dr. Yoav Neumann, who serves as Senior Researcher. Salignostics’ Chief Commercialization Officer is Avraham Novogrocki (Novo), whose 35 years of executive experience includes management of large Israeli public companies.

Following years of scientific research in saliva, the five founders began commercializing their intellectual property and developed user-friendly products to accurately detect a range of physiological circumstances including pregnancy and COVID-19 on the basis of simple saliva samples. Among other innovations, the company developed products to detect malaria, cardiac risk, Helicobacter pylori and other diseases. During development of the tests, the company raised pre-seed and seed capital from private investors and received four grants from the Israel Innovation Authority. The company has raised a total of $16 million to date, and is now raising additional funding to support sales, marketing, and R&D.

“Saliva is the key to rapid diagnostics for a variety of medical reasons. It is the only non-invasive, easy, and hygienic means to detect hormones, viruses, and even diseases,” said Prof. Aaron Palmon, co-founder of Salignostics. “With SaliStick, we leverage the powerful diagnostics abilities we have been able to create from analyzing saliva. This product completely removes the need for blood and urine samples when testing for pregnancy.”